I am currently in an airport, and the question of what to eat arises.  Today I opted for a smoothie, where in times past the choice was always between various fast food options.  Those days are recently behind me, and the options for healthy dining are few and far between, hence the smoothie for lunch.  It seems kind of funny.  The options of food to choose from before being caroused into a confined metal box in the sky are the ones which cause the human body and its digestive system the most discomfort.  Not to mention, the possibility of personal discomfort might become the discomfort of others who have to share the same plane and the same air.

Airports are making strides to become more healthy, along with the rest of our country, but why has it taken so long.  And why shouldn't they.  An airport is the first introduction and last impression a city has to make on its visitors.  We are reaching the pinnacle of human sports performance, and or food system is slowly trudging behind those elite athletes. (I just read an article about the Olympics, and it seems pretty logical that at some point humans can no longer get faster, jump higher, or endure longer distances.) And depending on a city's particular sophistication and innovation, the food in the airport will follow in stride.

I will never cook in an airport, as far as I can see, but who knows what this crazy thing called life will bring next.  But with the changes in our American food system, I can only hope that soon we will be able to have the OPTION to eat healthier before we fly the fare skys of our great nation.

Since we last spoke... 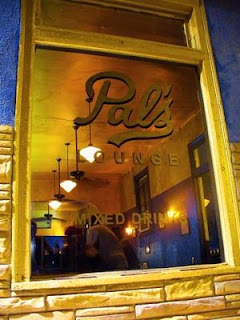 Waking from the nap and now beginning the stretch with purpose into the avenue which guides this ship of gastronomy, I was able to cook for a few good people over the past couple threeve days.

Every Tuesday @Pal's Lounge in Mid-City Taco's are served up for only a buck, not the male dear, but a tendered United States Dollar. The basic buck taco includes chicken, cheese, tortilla and beans with additional accouterments at the ready on a table with the napkins.  I was fortunate enough to cook there for a short-lived four nights, but left with a wealth of taco knowledge.

The key to cooking a good taco it seems is really the tortilla.  A good tortilla can go along way in the flavor of the taco, and is vital as a vessel of eatability to the other ingredients that should be so fresh, so clean.  Pure rustic flavors for a buck. 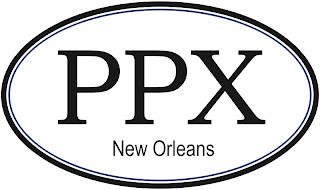 Good morning internet, that was quite a little nap.  Hope all has been well, it seems that you have progressed and made the lives of everyone easier and more transparent.  During my eight month cat nap I had a dream.  It was a roller coaster of a dream with ups and downs, sideways turns, and upward along with downward sudden shifts.  Making that dream tangible is where the journey begins....... 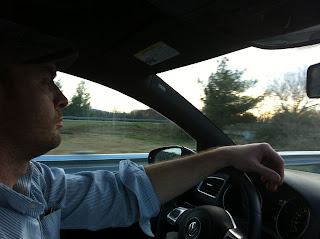 Steering the wheel of this dreamship called PPX New Orleans towards education and sustainability will be much like the dream I just had, a roller coaster.  Now that I have taken that ride, it can only become longer and better.

Eat this...
No comments:


If the divine creator has taken pains to give us delicious and exquisite things to eat, the least we can do is prepare them well and serve them with ceremony.
- Fernand Point 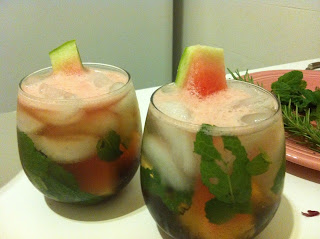 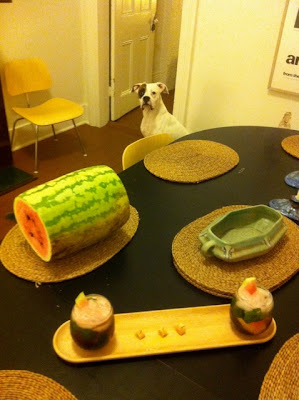 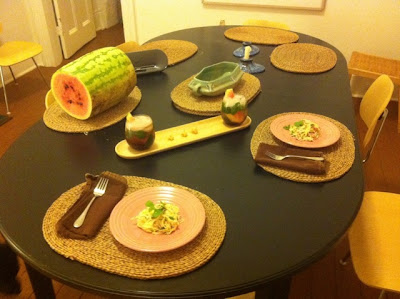 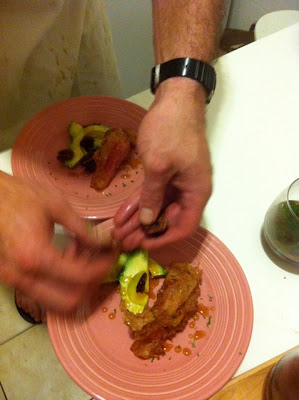 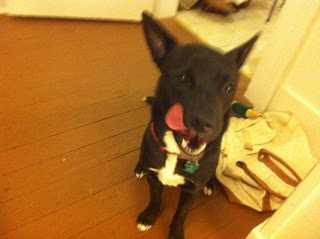 Taking inspiration from mother nature is the easiest way to cook a good meal.  She has provided certain products during specific seasons for a reason, to make cooking easier.  Next time you can not think of what to cook, look in the garden, or take a walk around the neighborhood, and you might be surprised by what you'll find.  And if it grows together, it eats together. And this is where PPX New Orleans Began. 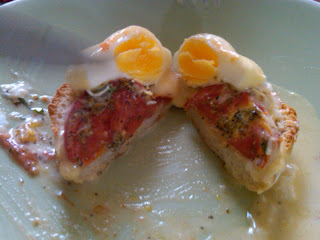 Food is an extremely contextual subject.  Making food based on the people who are eating it, and given the set of ingredients provided, it is up to the chef to make the context of people and ingredients into a meal of experience.  A Sunday by the pool was needing something else, a little brunch fare, and below is what happened.

Cut the tomatoes into fairly thick slices, place on a rack above a sheet tray.  Sprinkle the tomatoes with both fresh and dried herbs.  Place in the oven at 350F for forty minutes, or until the top becomes wrinkly.  To make the hollandaise, begin by making a tarragon vinegar reduction.  Place tarragon stems, shallots, and vinegar in a small sauce pan on the stove and reduce until very little liquid remains.  Bring water to a simmer in a pot on the stove, add a little vinegar, and keep the liquid at a simmer.  When that vinegar reduction is ready, add it to two egg yolks in a boil, and whisk the bowl above the simmering water on the stove.  Whisk until the eggs are pale yellow, and have formed a nape (coats the back of a spoon).  Slowly add butter while whisking on and off the heat.  The temperature of the heat is important, as to not scramble the eggs.  Once all the butter is incorporated, add some chopped tarragon leaves, and set the bowl on a towel on the oven to remain warm.  Split the muffins and put them in the oven to toast.  Drop the desired amount of eggs into the water, and cook until desired temperature, on this day it was a soft boil which took around three to five minutes.  Remove the muffins and tomatoes from the oven.  Place the muffins on the plate, top each muffin with a slice of tomato, and place an egg on top of the tomato.  Sauce the eggs marigny, and enjoy with a nice blanc de blanc (white of whites).