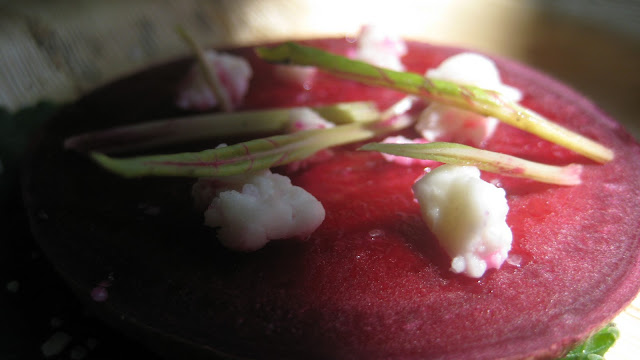 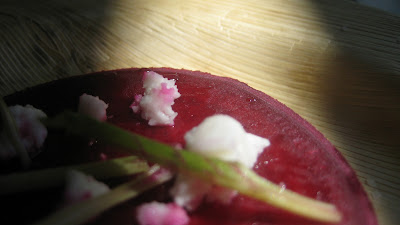 Who is Fernand Point?

It was another chance happenstance, which brought me to meeting Fernand Point.  Never having met him in person, we were introduced through books, stories, and a project in Introduction to Gastronomy class at Food School. 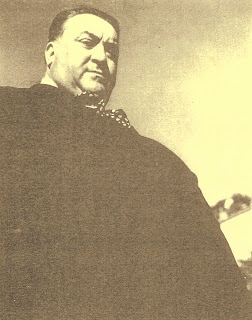 Words nor pictures can capture the spirit of certain people, but it is of my understanding the monsieur Fernand was one of the first chefs to enter the dinning room.  The start of nouvelle cuisine began with a phone call each morning to his purveyors at the market.  Monsieur Point paid whichever amount needed to secure the best quality products from his purveyors, money was no object in creating grande cuisine.  Everything in the kitchen started from scratch each morning, everything.  Stocks were made daily, sauces were made ala minute, a cuisine resting on outstanding products and exquisite technique, all met in harmony on a plate and presented to the guest in the highest fashion.

Story goes, two farmers making a delivery to La Pyramide  happen to be wondering through the garden, when Monsieur Point happen to ask what they were up to?  Responding, just to wonder through the garden of this famous restaurant is enough to tell our kids a great tale.  Point would have none of this.  The gentlemen will have the finest seat in the house, drink the finest wine we have, and eat the grandest lunch, for without the farmer's there is no food.  On the other hand, Monsieur Point dealt with situations he disagreed with very favorably.  If guests of the restaurant were to light a smoke during a meal, they were promptly brought coffee and the bill.  Smoking is for the end of the meal, if need be.  When German officers started to show for dinner during the occupation, La Pyramide closed.

A cook who entertained with purpose and soul, Fernand Point. (to me)
No comments:

Almost one year ago...

Been away for a while, in the midst of a suspension and redirection of the culinary journey a few things have developed. New Orleans, the place I call home, is the next stop on this adventure. Been out of New York, and in Boston for the last two months, honing my cooking and mannying skillz with the family. Whilst in Boston, I have had the privilege of creating meals seven nights a week for a family of six, seven including me. The dishes have ranged from boxed macaroni and cheese to deconstructed fried risotto (think fried rice, but not all together). The volume in the house has ranged from above shouting to the simple quiet of a family enjoying a good meal with each other.

Moving forward the next stop on the proverbial food train is New Orleans. Not sure what type of employment will present itself, but I have a place to live, a dog, and some developing gastronomic ambitions. The food on this evening's menu is a bit out of season, but taking advantage of some stale bread, decided to make an oyster mushroom bread pudding. The savory baked delight will be served alongside grilled tuna, poblano vinaigrette, and some sauteed broccoli. So cooking is continuing, traveling is on the horizon, and the future holds itself to be quite interesting. It will be a festive weekend in the land of the baked bean (Boston; Beantown)...birthday, first communion, and mother's day. Hope all is well out there.

And now the New Orleans chapter is shortly coming to a close.  It may be a while before we meet again, but look forward to the possibility.
No comments:

My last name is not Murphy, but of German origins. It just so happens that if your name is Murphy, then St. Patrick's day seems to be your day. The states represented on this journey were Louisiana and Georgia. The Celtic sun was shinning brightly on all the Irish with not a cloud in the sky. The adventure had no real destination, instead letting the gastronomic winds of St. Patrick guide the vehicle to where it belonged. Gusts blew us across the Hudson river towards the mountains that entertain our eyes everyday from the food school. Moving through New Paltz, and past the Guilded Otter we came to a bridge, and crossed it. Across the bridge, a right turn presented itself, and we took it. Heading down the road, the signs leading up the mountain pointed towards Mohok Mountain and this was the path we took.

The Spring sun was just laying down behind the mountain, but once we hit the top, she woke up for a little while longer. Traversing down the other side of the mountain, the road ended. And at the end of the road was a building, an esoteric southern hippy looking building, so we parked. Egg's Nest was the name on the sign and we walked in, almost. Behind the restaurant was a patio that we explored, but found it not open, nor had been for a while. Inside was just as phunky as the outside, paintings of flowers on the walls, several different rooms, and nice people (for the most part, it is the North). Christine was our host, as she kept bar here for the past several years. The Egg's Nest was established in 1973 by a gentleman with the last name of Murphy. He had been a waiter at the resort up the road, saved up a cache of cash, and opened his dream with not a "nest egg," but his "egg's nest." Clever. So we reveled in the glory of St. Patrick's day with some artichoke dip, turkey terrific sandwich, and green ice cream.

We departed our unintentioned destination with southern eloquence, and headed back to the food school. Riding through New Patlz, there was one more beacon which called out on this holiday, the used bookstore. It was there that Galileo did his best impression of the Indigo Girls, a sight never before seen, and hopefully never again. It was an adventure carved out by southern gastronomic adventurers north of the Mason Dixon Line. Happy St Paddy's Day.
Yeaux
No comments: